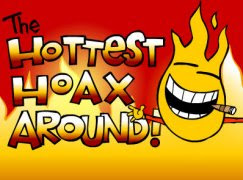 Al Gore, in a NY Times OP-ED wrote......
But unfortunately, the reality of the danger we are courting has not been changed by the discovery of at least two mistakes in the thousands of pages of careful scientific work over the last 22 years by the Intergovernmental Panel on Climate Change. In fact, the crisis is still growing because we are continuing to dump 90 million tons of global-warming pollution every 24 hours into the atmosphere — as if it were an open sewer.

It is true that the climate panel published a flawed overestimate of the melting rate of debris-covered glaciers in the Himalayas, and used information about the Netherlands provided to it by the government, which was later found to be partly inaccurate. In addition, e-mail messages stolen from the University of East Anglia in Britain showed that scientists besieged by an onslaught of hostile, make-work demands from climate skeptics may not have adequately followed the requirements of the British freedom of information law.

There have been a multitude of mistakes, but it is worse than that. East Anglia Emails talked about tricks and hiding. They "lost: source material. They refuse to hand over info that they do have. Even the Whit House is Redacting now.

We know you have made a mistake or two yourself....

Can we finally tell Al Gore to SHUT UP???

And your advisor has done a cooling,warming flip flop
If you have a few hours, here are a few pieces on Global Warming
Posted by Unknown at 00:30