6th District Candidates Meet at Kline's in Staunton
There was a meeting of 6th District Convention Delegates on Thursday night in Staunton.
There were a number of familiar faces including Mark Daughtry(sorry if I spelled it wrong), Matt Fitzgerald, Mary Sayre, Bill Shirley and his wife, Curt Lilley, the two Fitzgerald boys, and those pictured below.... A number of folks I didn't know...
There is a convention on May 21,2016 down in Roanoke, Cave Spring HS, 3712 Chaparral Drive.. A number of candidates were present.
They included Scott, Matt, Anne, Nate....
Also present were Gene Rose, and Ken Adams...

Sorry that post is very basic.... I have to relearn
I had a raspberry sundae!!!
Posted by Unknown at 23:25 No comments:

Email ThisBlogThis!Share to TwitterShare to FacebookShare to Pinterest
Labels: 6th District, Republican, Sayre
I am going to start posting again.
The subjects will be similar.
Politics, current events (In US, Va, and my life)
I have to remember the way to do some things.
Stay tuned!!!
Posted by Unknown at 12:59 No comments:

I haven't posted in over one year. In tribute to Alton, I will post again. Juzt to say farewell to a friend I met through blogging. Farewell my friend. 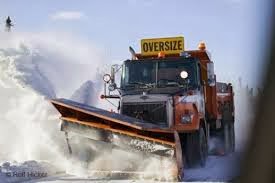