Study claimed in 2009 that sea levels would rise by up to 82cm by the end of century – but the report's author now says true estimate is still unknown.
Scientists have been forced to withdraw a study on projected sea level rise due to global warming after finding mistakes that undermined the findings.

Back in September I posted 'Couldifmite' . In it I said....

I had to show a film in class one day. I believe it was part of the series Race to Save the Planet (1990). Since that time, I have been pretty much convinced about Global Warming. Convinced that it is a hoax. The documentary had one line that I remember. They said that in 15-20 years, the Everglades could be covered by the ocean if we didn't act right away.
Well I was showing the film in 2007, which was 17 years after the documentary was made. I was thinking that "Heck, the ocean hasn't even covered the beach in Miami, nevermind the Everglades." 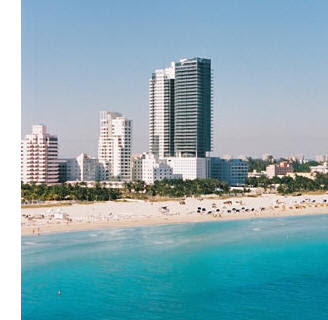 Looks like South Beach is still there
Posted by Unknown at 20:48