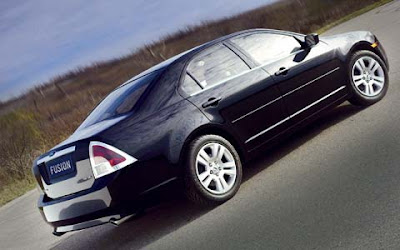 AP: The 2010 Ford Fusion was named Motor Trend magazine's car of the year Tuesday, beating out the Toyota Prius, BMW 7-Series, Chevrolet Camaro and others in the closely watched competition. It was yet another accolade for Ford Motor Co.'s midsize sedan, which got high reliability scores in the most recent rankings from Consumer Reports and was the top-selling car made by a Detroit automaker through October. U.S. Fusion sales were up 15 percent in the first 10 months of this year, to 148,045, despite a 25 percent drop in overall car sales.

Email ThisBlogThis!Share to TwitterShare to FacebookShare to Pinterest
Labels: Ford