Making a "gun" with his fingers= SUSPENSION 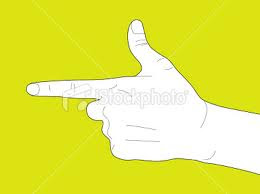 Lydia Fox says the principal at Parkview Elementary called her earlier this month to tell Fox her 7-year-old son had misbehaved during a school assembly by pretending he was shooting a gun.

Fox says the principal told her the boy would be placed in in-school suspension for the rest of that day and threatened a longer suspension if it happened again.

Midwest City-Del City Schools spokeswoman Stacey Boyer confirmed the incident and says the district's policy is to "address the disruption of the learning environment."
Posted by Unknown at 10:06