It was just a misinterpretation. 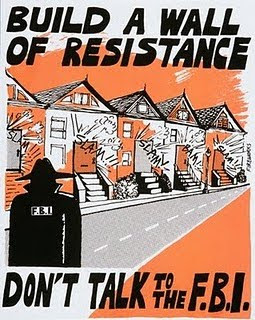 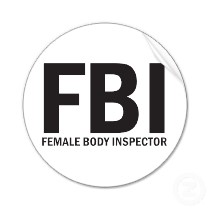 They were just protecting their women from Jersey Shore Types...
The Council on American-Islamic Relations said it will remove a poster from the group's website promoting an upcoming conference that encourages people not to talk to the Federal Bureau of Investigation, according to Fox

The poster, which appeared on the website of CAIR’s California chapter, features a sinister-looking FBI agent with the headlines “Build a Wall of Resistance” and “Don’t Talk to the FBI.” The poster was designed in the late 1970s or early 1980s and has been reproduced by various groups and activists since then in response to alleged harassment by the FBI and to protest grand jury subpoenas.

“I think it’s subject to misinterpretation,” spokesman Ibrahim Hooper told Fox News Radio when speaking about the poster. “We decided out of extreme caution to take it down.”