And We Wonder Why There Is A Budget Deficit???
CNSNews.com quotes David C. Ward, a National Portrait Gallery historian and co-curator of the Hide/Seek: Difference and Desire in American Portraiture exhibit, as stating:


This is an exhibition that displays masterpieces of American portraiture and we wanted to illustrate how questions of biography and identity went into the making of images that are canonical.

The Smithsonian Institution has an annual budget of $761 million, 65 percent of which comes from the federal government, according to Linda St. Thomas, the Smithsonian's chief spokesperson. The National Portrait Gallery itself received $5.8 million in federal funding in fiscal year 2010, according to St. Thomas.

Want to know what are some of those "Masterpieces" are? 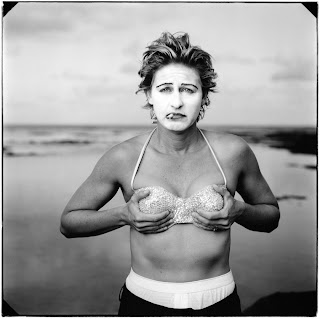 A video still of Jesus, post-crucifixion, with ants crawling all over his face and body
See the exhibit here
Posted by Unknown at 16:49