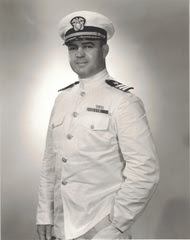 Captain George Kosco
It’s one of the most widely recorded moments in history. Search the internet and you’ll easily find black and white images from Sunday, September 2nd, 1945. That’s the day the Japanese surrendered at Tokyo Bay, formally ending World War II.
But one man on the USS Missouri that day captured something on film seen by few people until now. 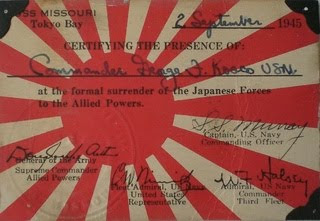 “It was my father’s film. So, it was in his basement until he passed away,” says retired Army Colonel Bill Kosco. Kosco’s father is buried at Arlington National Cemetery. When retired Captain George Kosco died in 1985 he left behind mementos from his time as a meteorologist and navigator in the Navy. “This is an album my father put together, files and photographs he obtained on board the USS Missouri.”


H/T Breitbart and MyFox
Posted by Unknown at 20:02

Email ThisBlogThis!Share to TwitterShare to FacebookShare to Pinterest
Labels: Japan