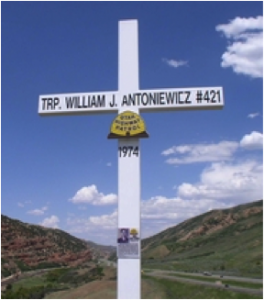 A three-judge panel from Denver's 10th U.S. Circuit Court of Appeals said in its 38-page ruling that a "reasonable observer" would conclude that the state and the Utah Highway Patrol were endorsing Christianity with the cross memorials.

"This may lead the reasonable observer to fear that Christians are likely to receive preferential treatment from the UHP," the justices wrote............

American Atheists, Inc., the Texas-based group that sued to have the crosses removed from state property, argued that the crosses could imply that the trooper who died there was a Christian.