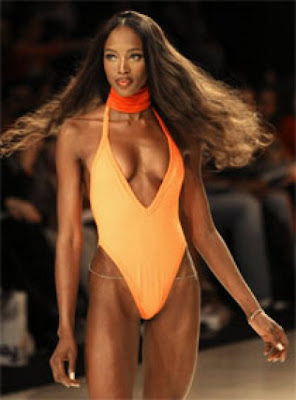 Naomi Campbell told a war crimes tribunal Thursday that she had received some "dirty-looking stones" after a 1997 dinner party with former Liberian ruler Charles Taylor -- but added that she didn't know if the stones were actually diamonds or who sent the gift.

"I was sleeping and had a knock at the door that woke me up. Two men were there and they gave me a pouch and said: 'A gift for you'," she told the U.N. Special Court for Sierra Leone.

"I went back to bed. I looked into the pouch the next morning," the British model said. "I saw a few stones, they were very small, dirty looking stones."According to Reuters
Posted by Unknown at 17:04