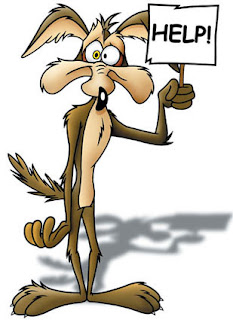 In California :
#1. Governor starts to intervene, reflects upon the movie "Bambi" and then realizes he should stop; the coyote is only doing what is natural.
#2. He calls animal control. Animal control captures coyote and spends $200 testing it for diseases and $500 upon relocating it.
#3. He calls veterinarian. Vet collects dead dog and spends $200 testing it for diseases.
#4. Governor goes to hospital and spends $3,500 getting checked for diseases from the coyote and on getting bite wound bandaged.
#5. Running trail gets shut down for 6 months while wildlife services conduct a $100,000 survey to make sure the area is clear of dangerous animals.
#6. Governor spends $50,000 of state funds implementing a "coyote awareness" program for residents of the area.
#7. State legislature spends $2 million investigating how to better handle rabies and how to possibly eradicate the disease.
#8. Governor's security agent is fired for not stopping the attack and for letting the Governor intervene.
#9. Cost: $75,000 to train new security agent.
#10. PETA protests the coyote relocation and files suit against the state.

Any wonder why California is broke????
Posted by Unknown at 20:52