The 20 most influential US conservatives.... 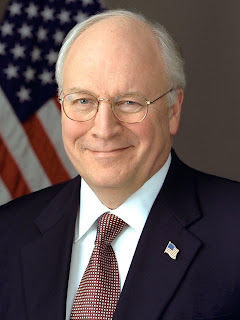 The 20 most influential US conservatives according to UK Telegraph.
We must remember that it is the UK Telegraph. Their definition of conservative is a tad different than many Americans. To them, John Major was conservative. If you call yourself a Republican, or if you ever ever printed anything bad about a Democrat, or supported the Constitution, then you are a conservative by their standards. Even if you expanded the government greatly, or were part of the Gang of 14, you are a conservative.
Now if they said their list was of the top 20 people who were even somewhat more conservative than every elected Democrat, it is a good list.
1. Dick Cheney
2. Rush Limbaugh
3. Matt Drudge---Just because he showed the blue dress, does that make him a conservative???
4. Sarah Palin
5. Robert Gates---Gates still considers himself a Republican???
6. Glenn Beck
7.Roger Ailes
8. David Petraeus----Assumed to be a Republican???
9. Paul Ryan
10.Tim Pawlenty
11. Mitt Romney
12. George W. Bush
13. John Roberts
14. Haley Barbour
15. Eric Cantor
16. John McCain ----The losing Republican
17. Mike Pence
18. Bob McDonnell
19. Newt Gingrich
20. Mike Huckabee
Posted by Unknown at 21:59

Email ThisBlogThis!Share to TwitterShare to FacebookShare to Pinterest
Labels: Conservative