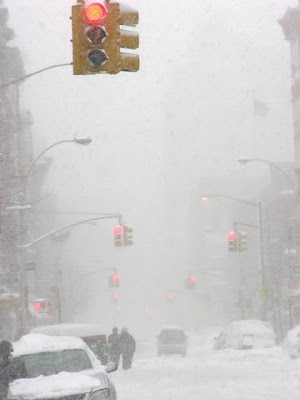 Pajamas Media Reports....."Perhaps one of the biggest issues with the global data is station dropout after 1990. Over 6000 stations were active in the mid-1990s. Just over 1000 are in use today. The stations that dropped out were mainly rural and at higher latitudes and altitudes — all cooler stations. This alone should account for part of the assessed warming. China had 100 stations in 1950, over 400 in 1960, then only 25 by 1990. This changing distribution makes any assessment of accurate change impossible."

We now know that the Russian station count dropped from 476 to 121, meaning “over 40% of Russian territory was not properly included in global-temperature calculations for some other reasons, rather than the lack of meteorological stations and observations.”

To fill in these large holes, data was extrapolated from great distances away. Often the data came from lower latitude, lower elevation, and higher population centers. In addition to station dropout, the number of missing months increased by as much as tenfold in many of the remaining areas. This required filling in of data from surrounding stations, again sometimes considerable distances away from the missing location. Another opportunity for error, if not mischief.

Newsbusters say....
The focus belongs not just on CRU (the University of East Anglia's Climate Research Unit), but on all of the organizations which gather temperature data. All now show evidence of fraud. That's right, "all." As in, "every." As in, "no exceptions." There is apparently no clean data anywhere. And the raw data? As noted some time ago (at NewsBusters;), that's gone too.

OH BY THE WAY ! ! !
Accuweather reports 6-10 inches in Augusta by Saturday Night. And it is still Autumn
Posted by Unknown at 14:57