Another Reason to go to Brooklyn 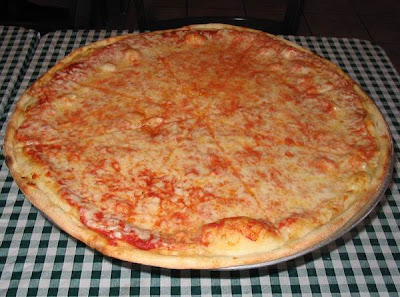 The Local NewsLeader Publisher does too....
He says,
I grew up in a rural area of Western North Carolina. My little community was called, believe it or not, Happy Valley. It was in the suburbs of Lenoir. And although Lenoir got a Domino's franchise when I was around 10, we were WAY outside the delivery zone. Domino's was a treat I only experienced three or four times.
But then I went to summer music camp when I was a high school student and found out that delivery people would bring pizza to my door anytime I wanted day or night. I ordered lots of Domino's Pizza.
My love of Domino's continued into college when I also discovered other pizzas including some local brands that were very yummy but I could always count on Domino's to deliver the consistent taste of my favorite one-topping hamburger pizza. Yum!
I MUST EDUCATE THEM BOTH ! ! !
Posted by Unknown at 18:59