PETA's Angels..... But just remember what PETA Really does to animals

The Message is Good.
Not the Organization Pushing It. 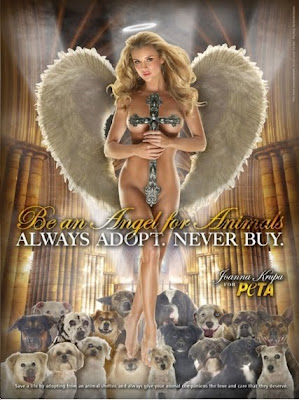 Joanna Krupa danced her way into America's hearts this season on ABC's Dancing With the Stars. She's made it clear that she would rather go naked than wear fur. Now, the internationally recognized model and actor can add "angel for animals" to her ever-growing résumé. 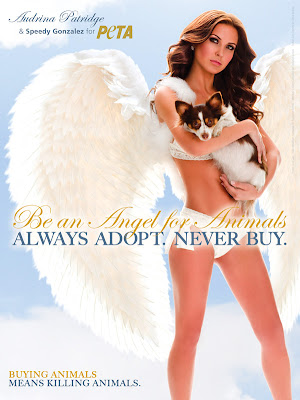 PETA's Animal Record
Animal lovers worldwide now have access to more than a decade’s worth of proof that People for the Ethical Treatment of Animals (PETA) kills thousands of defenseless pets at its Norfolk, Virginia headquarters. Since 1998, PETA has opted to “put down” 21,339 adoptable dogs, cats, puppies, and kittens instead of finding homes for them.

PETA’s “Animal Record” report for 2008, filed with the Virginia Department of Agriculture and Consumer Services, shows that the animal rights group killed 95 percent of the dogs and cats in its care last year. During all of 2008, PETA found adoptive homes for just seven pets.
Posted by Unknown at 09:29

Email ThisBlogThis!Share to TwitterShare to FacebookShare to Pinterest
Labels: PETA